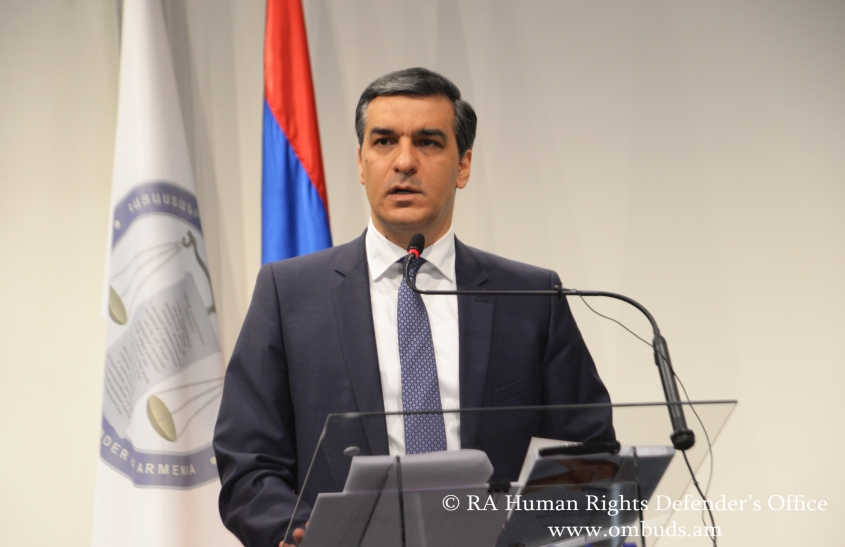 In schools and kindergartens of Armenia the sanitary-hygienic conditions of toilets, lack of hot water and accommodation for children with disabilities, as well as the means of using drinking water are impermissible. This was stated by the Human Rights Defender Arman Tatoyan while presenting his ad hoc report on the right of access to water and sanitation in schools and kindergartens during the press conference.

In the months of May and June months 2018 the representatives of the Defender paid monitoring visits to 201 educational and elementary educational institutions in Yerevan and regions: 121 schools and 80 kindergartens. Monitoring visits were made to the institutions with both small and large amounts of pupils. Experts have developed special questionnaires beforehand, and the visits have been unannounced.

“During our monitoring visits many pupils noted, that they avoid using the toilet because of bad sanitary-hygienic conditions. Numerous cases have been recorded when the toilet bowls in the toilets were not installed in separated toilet cubicles or were not separated by partitions”, said the Human Rights Defender Arman Tatoyan, emphasizing that inaccessibility and unavailability of water and sanitation in the educational institutions can have a negative impact on the health protection, development, world outlook, hygienic upbringing, as well as the realization of the right to education of the child.

As a result of monitoring visits numerous issues have been recorded, that are presented in the ad hoc report.

Legislative issues were also raised in the report, with specific recommendations for their solution.

The report is available both in Armenian and English.