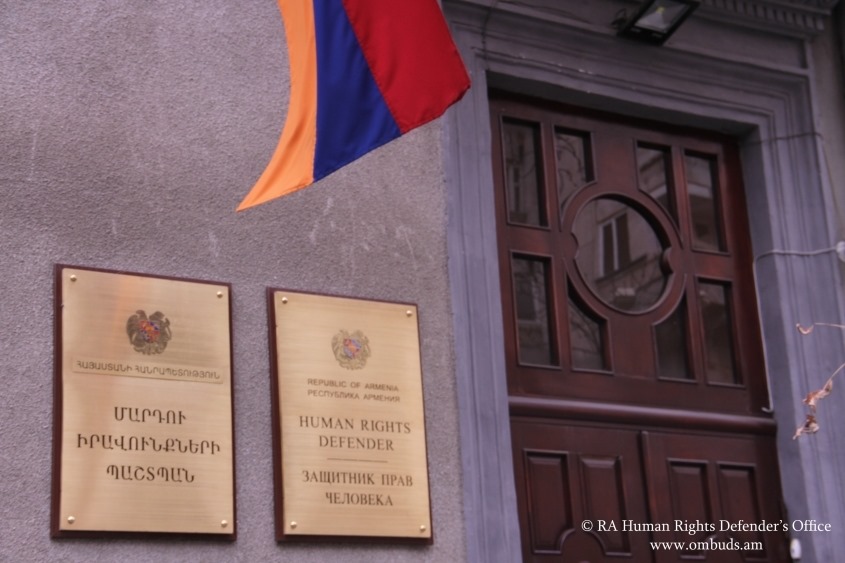 A citizen requested the Human Rights Defender’s assistance with regard to the issue of occasional acts of violence by a teacher of physical education towards their son, a 6th-grade pupil, and the latter’s classmates, in one of the regional schools.

According to the citizen’s complaint, the parents have informed the Director of the school about the teacher’s attitude, and the Director assured that the issue will be examined and measures will be undertaken. However, no such measure was undertaken.

Given the importance of the issue raised in the complaint, the respective representatives of the Human Rights Defender’s Office visited the mentioned school and discussed the issue with the Director of the school, representative of the Regional Administration, the class supervisor, the 28 pupils and their parents, as well as with the teacher of physical education, who had allegedly committed the violence.

The parents, present at the discussion, claimed in the presence of the Human Rights Defender’s representatives that the teacher of physical education occasionally subjected to violence the children during classes. The respective representatives of the Human Rights Defender’s Office had a private interview with 28 pupils of the 6th grade, during which the children confirmed the incidents of violence against them, as well as mentioned about other incidents by the same teacher that the parents were not informed about. A discussion procedure upon own initiative started in the Human Rights Defender’s Office based on the information provided by the 6th-grade pupils and their parents, within which official letters were sent to the RA Prosecutor General’s Office and the Regional Administration.

The Defender requested clarifications from the Regional Administration in connection with the issue raised. The letter addressed to the RA Prosecutor General’s Office raised the issue of checking the described circumstances within the RA Criminal Procedural Code.

As a result of the discussion, by the order of the Director of the school, a disciplinary penalty in the form of a reprimand was imposed on the teacher of physical education for an improper conduct, and the physical education school hours for the 6th grade were assigned to another teacher in order not to hinder the normal course of the educational process.

At the same time, the Governor of the Region instructed the Director of the school to conduct relevant explanatory works with the staff of the school with the purpose of ensuring that exclusively pedagogical methods are applied in the school and strictly securing the normal course of the educational process.