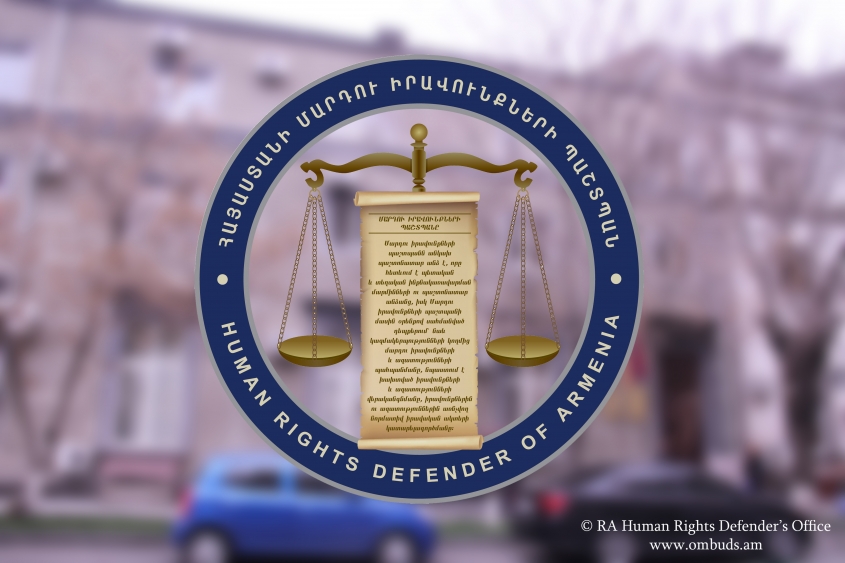 The Human Rights Defender initiated a procedure with regard to both the case of the death of 16-year-old girl, and the two complaints addressed to the Defender by Ara Sukiasyan, the father of Rafayel Sukiasyan, who is accused of the murdering the girl.

Within an unannounced visit to Armavir penitentiary institution on January 22, the Defender’s representatives had a private interview with Rafayel Suqiasyan, the accused in the case of the murder of a 16-year-old girl. During the interview he presented issues related to the criminal proceedings, in respect of which relevant letters will be sent to the RA Prosecutor General’s Office. The detainee also presented an issue on detention conditions, which was discussed with the Administration of the Penitentiary institution and solved on the spot.

Ara Sukiasyan raised the issue of violation of his son’s presumption of innocence in the first complaint addressed to the Defender, as well as expressed concerns regarding his son’s rights in penitentiary institution via telephone.

The Human Rights Defender’s Office discussed the issue with the Administration of the Penitentiary institution. Measures were undertaken with respect to Rafael Sukiasyan’s rights.

A few days ago Ara Suqiasyan addressed the second complaint regarding the threats of revenge made against his daughter.

Both complaints were accepted for discussion as prescribed by the law.